The coal yard at Chadderton was shunted by a Thomas Hill, Vanguard, powered by a Rolls Royce engine. This loco was possibly converted from a vertical boilered Sentinal steam loco. The loco remained on site after the coal yard had closed and was eventually bought for £200. It first moved to Steamtown in Carnforth, and later moved to Steamport in Southport. It is though it was used for spares for another Vanguard, at Southport called "Sefton" and the remains cut up for scrap. 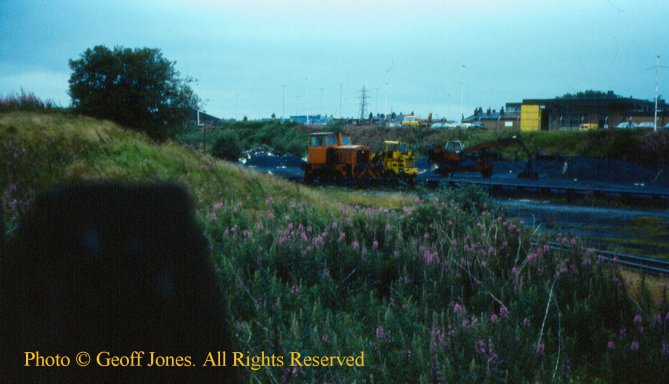 Chadderton Goods Vanguard shunter during its orange phase, and before the shutters were required. 23 July 1982. © Geoff Jones 2015 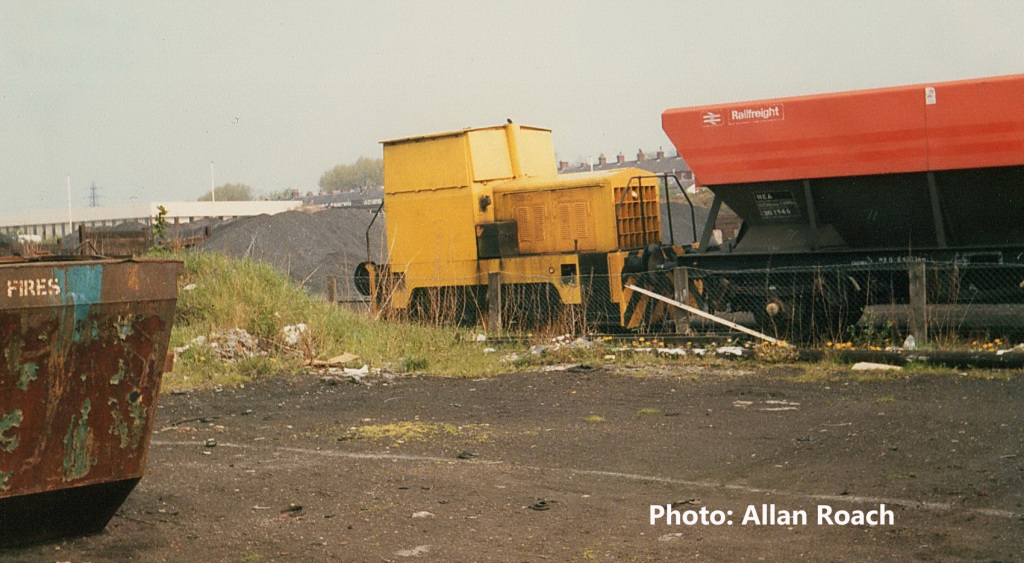 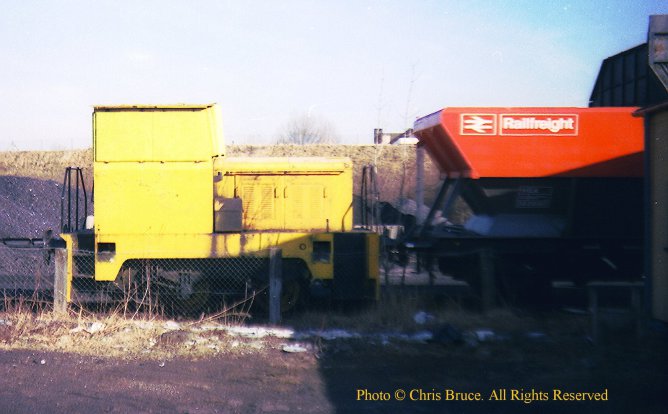 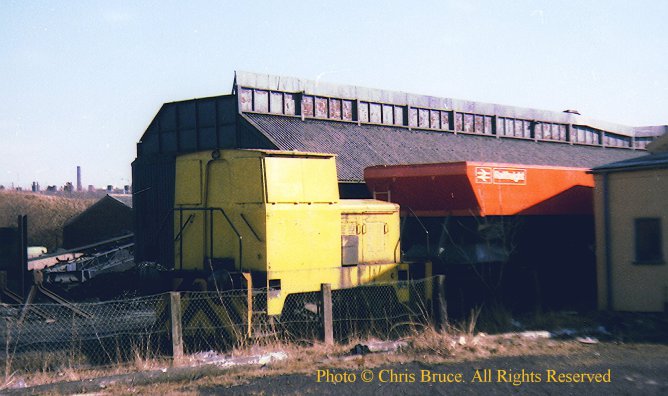 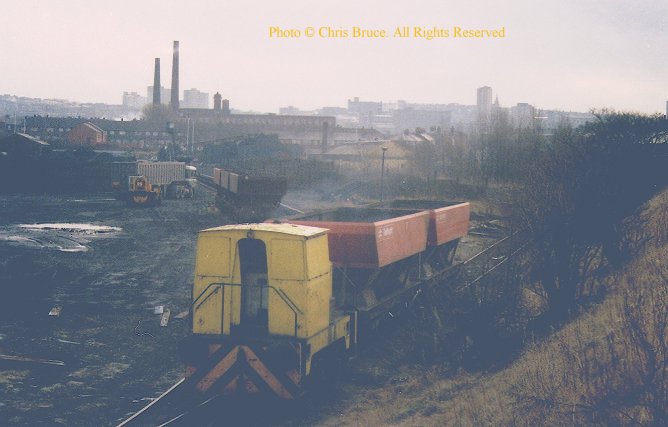 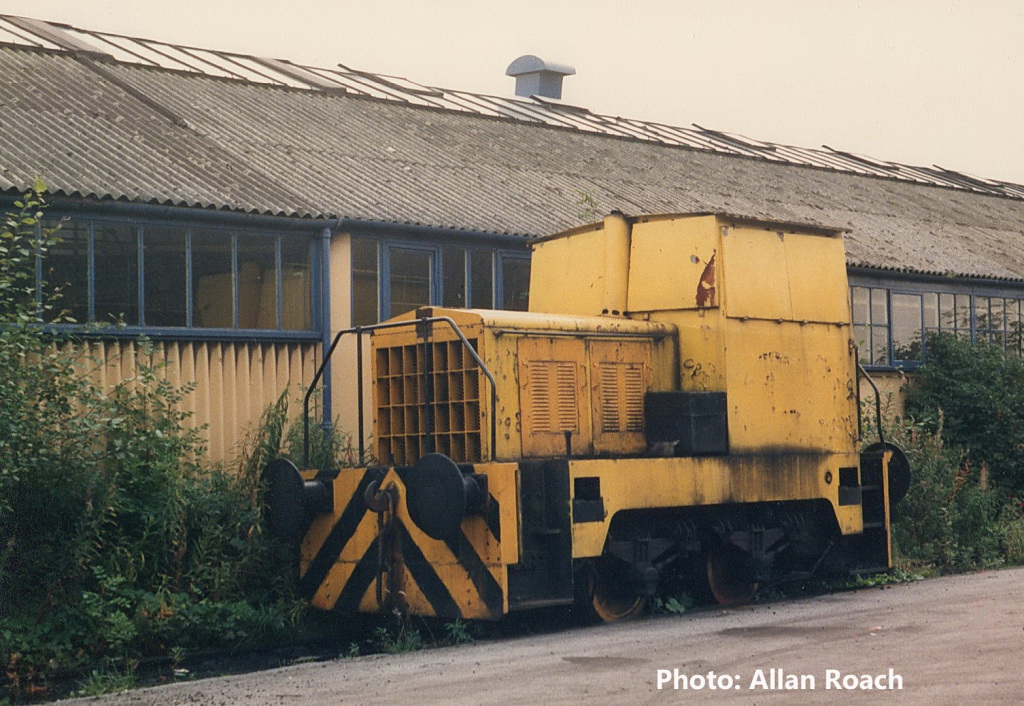 Thomas Hill Vanguard Shunter out of use at Chadderton Goods. © Allan Roach 2015 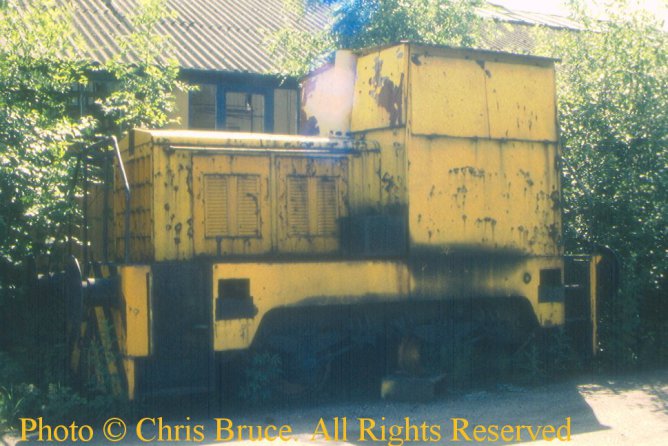 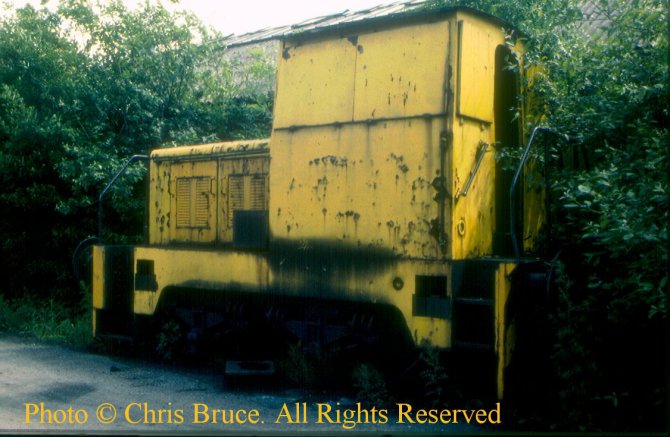 Below is a link to a video of Steamport in 1996. At 2 minute and 58 seconds in, there is a brief glimpse of the Chadderton Goods shunter.